India has a robust textiles and fashion industry and it is the world’s second-largest exporter of textiles and apparels.

India Brand Equity Foundation data shows the Indian textile industry is a significant contributor to the economy and one of the largest sources of job creation in the country, employing about 45 million people directly.

Over the years, the fashion industry and its sales channels have become more organised due to several disruptions. Some of them include the use of better technology in manufacturing, foreign brands entering India, malls becoming prominent, ecommerce model becoming popular, and more.

Monte Carlo’s history in Ludhiana started with Oswal Woolen Mills, which was set up post-Independence in 1949. The mill started bringing the wool industry stakeholders together to form a more organised approach of manufacturing and selling.

In 1984, Monte Carlo was launched as a brand under Oswal Woolen Mills, and held the prestigious title of being one of the first organised fashion apparel brands in India.

Last year, Monte Carlo recorded a turnover of Rs 580 and registered a revenue growth of around 11 percent. Monte Carlo has also been clothing partner for the blockbuster Bollywood films Barfi, Mary Kom, Bhaag Milka Bhaag, and Student of the Year.

Among Indian denim brands, Spykar Lifestyle stands out as one of the largest and fastest-growing brands. Launched in 1992 by Prasad Pabrekar, the brand, over the years, has been through thick and thin in the Indian market.

Mumbai-based Spykar started small. But over the years, it was shaped into becoming one of the larger players, thanks to Sanjay Vakharia, CEO, Spykar Lifestyle. It has now become a leading casual wear brand with a focus on hi-fashion denims. The home-grown brand now competes directly with its foreign counterparts.

Tucked in one of the bylanes of Ludhiana’s industrial Focal Point area just outside the city, stands a nondescript, one-storey building that houses the office and factory of Rage Knitwear.

Started on a small piece of land and a loan of Rs 10 lakh, Rage was started by Akshay Bansal in 1995. After struggling initially, Akshay led Rage to soaring heights as it opened 25 exclusive brand outlets (EBOs) and over 500 multi-brand outlets (MBOs) and departmental stores throughout India.

When Faizal Ahamed CM founded Suxus, a manufacturing and retail brand of men’s apparels, in 2006, the idea was to give the term ‘success’ a spin and make it catchy.

He started the business with a borrowed capital of Rs 5 lakh. But Faizal was on the brink of bankruptcy in 2011 when he lost upwards of Rs 1 crore. After fighting the odds and bouncing back, today he has six showrooms in Tamil Nadu and plans to have 420 more by 2030.

Today, there are six Suxus stores across Tamil Nadu — in Madurai, Coimbatore, Erode, Namakkal, Salem, and Kanchipuram. The company does both B2B as well as B2C business, and sticks to a price point between Rs 50 and Rs 500. It deals in only men’s wear, which includes shirts, trousers, T-shirts, and denims.

Back in 1989, Mumbai-based businessman Kewalchand Jain decided to take a gamble on denim. At that time, he was running his family’s garment business and wanted to start making jeans. Kewalchand told himself he wanted to build an Indian denim brand and make Indians proud of wearing these jeans.

This was the inspiration behind Killer Jeans. Kewalchand launched the brand despite anticipating heavy competition from international brands Levis, Pepe Jeans, and Wrangler.

In 1992, he started Kewal Kiran Clothing Ltd (KKCL) which is now present across 209 cities and towns in 25 Indian states. It operates through 336 stores, either owned or through franchise business. 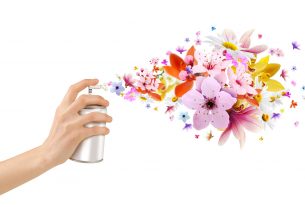 Cologane That Works For You 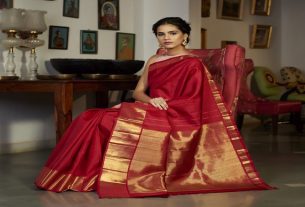