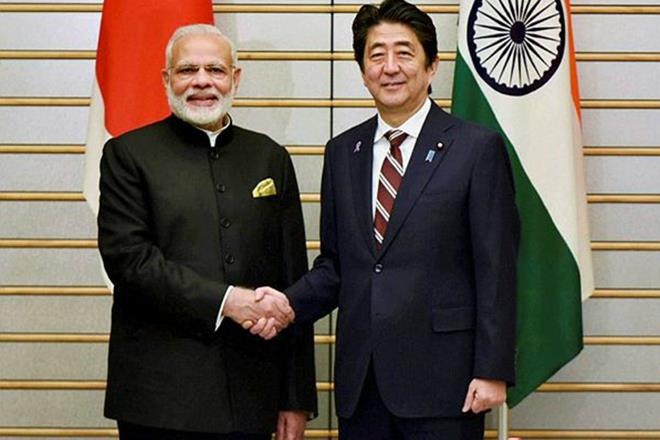 It is highly likely that the agreement would be inked when Indian PM Narendra Modi and Japanese PM Shinzo Abe meets on the 13th Indo-Japanese Summit in Tokyo on October 29 and October 29. If the agreement sees daylight, it could give militaries of both nations to share resources, logistical support, transportation, maintenance, medical assistance, fuel and utilize military bases for logistics purpose

The biggest perk for Indian military is that it could use the sole Japanese overseas base in Djibouti, where incidentally China has a base too. The Chinese base in Djibouti is part of its “String of Pearls” policy which has raised some tension in Indian military circles lately, which is strategically located near the Bab-el-Mandeb Strait, which separates the Gulf of Aden from the Red Sea and guards the approaches to the Suez Canal

INS Trikand during her visit to Djibouti. Credits to ownersThere isn’t any doubt about the advantages gained by Japan by signing the deal. They are possibly looking at the Indian Naval base in Andaman and Nicobar Islands which is a major listening point for Chinese subs passing through. The area also holds significance due to its close proximity to the key underwater communication cables connecting Europe to Asia.

The move is seen as something of immense strategic value and is almost sure to see the green light during the summit. The agreement could bolster India’s position as a major power in the area and would also aid in keeping an eye on Chinese activities in the area. For the Indian Navy, it has been quite difficult to operate in the area without no major logistical support systems and in a way has hampered India’s Anti-Piracy operations in the area.

India has taken some very promising steps in order to concrete its presence as a major stakeholder in the Indian Ocean. The Quadrilateral dialogue between US, Japan, Australia, and India was a major step in the direction and China was not very happy with it. Deepening military and diplomatic ties has been one of the prime agenda of the Narendra Modi government and is sure to reap in future.